Robert Lewis, founded in 1787, is the longest established tobacco merchant in London and one of the oldest in the world. Christopher Lewis, a Welshman, originally started his retail tobacconist business at 14 Long Acre in Covent Garden. Robert Lewis, a relative of Christopher Lewis, later became the administrator of the firm. As the buiness flourished, the firm moved several times and finally located at 19 St. James's Street, where it is trading today. In 1997, Robert Lewis received a Royal Warrant of Appointment to Her Majesty Queen Elizabeth the Queen Mother.

We are very proud to introduce these Robert Lewis "Special Tobacco Blends". Until now, these fine tobaccos were sold exclusively at the Robert Lewis shop on St. James's Street. The wonderful mixtures are the finest available and are expertly blended from only the very best tobaccos. We thank you for looking, and if you have not tried Robert Lewis tobaccos, try them now as we are confident that you will experience total enjoyment as many have for over a century. 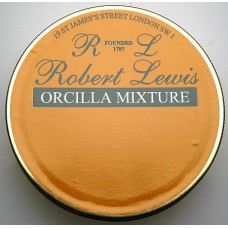 A Classic Oriental Blend. This incredible mixture made from the finest tobaccos available has been a.. 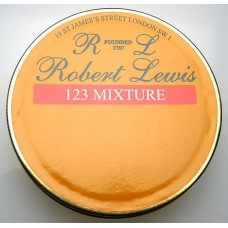 ﻿This incredible blend contains superfine Havana seed leaf. A delightful mixture with the taste and .. 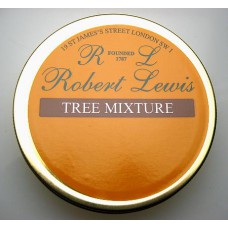 A very fine Latakia mixture expertly blended to produce a blend that is in a class of its own. Origi.. 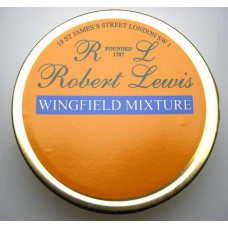 ﻿In this mixture, fine Virginias have been carefully blended with sun cured and dark leaf. This is a..